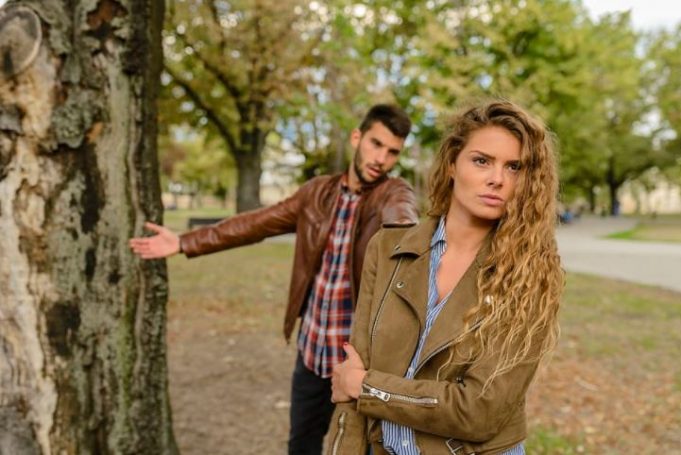 Sometimes, we can be insensitive and blind with emotions and feelings for people we love, that we may fail to notice when the relationship ends.

The women especially, fall victims of these circumstances when they are so drowned in love. They hardly realize the signs or attitude from their partner saying to them, “I’m No Longer Interested in you”.

By the special grace of God, I promise to be real in writing this article. Due to my personal experiences, I assure you that this article will help you understand when a guy is no longer interested in you.

Do you remember how you were wooed by your partner?

Do you remember how your phone never gets tired of ringing because of his calls?

How about the surprising moment of going out, shopping and gifts.

First sign that shows he is no longer interested in you is when he starts giving unnecessary excuses for not calling nor returning your calls. Sadly, a lot of women believe such lies when a guy says he is busy or he forgot to return the call. The truth is this, men hardly forget to call the women they love sincerely. If he can not remember you, it simply means you are no longer existing in his mind and probably, he has gotten someone else.

So, while you still hold on to the love you both share, and how much you love him, just know that you are the only one feeling that way because you are now a “Once upon a time” to him. No matter how many times you may call to convince him to come back to you, it won’t happen because the chemistry is dead. Funny enough he wouldn’t want to feel guilty for leaving you, so he might give you a false hope telling you that he still loves you but an existing project is taking his time, that’s a lie.

2. Less or No Attention

Second sign that shows that he is no longer interested in you is when he stops giving you his time. Whenever you start fighting for a man’s time just know that, something else or someone else is taking your place. Love is Expressed better when there is attention.

A man never gets tired of spending time with the woman he loves no matter how busy he is.

Third sign that shows he is no longer interested in you is when he begins to be secretive. When a man loves you, he will want to show you off to the world, he wants to tell you about everything happening in his life, you will be first person he calls when something good happens to him, you will still be the person he calls to share his disappointment, fears and frustration, including everything he encountered all through the day. But whenever he starts hiding things from you, those things bothering or exciting him, what his next moves are, taking some secret calls, just know that you are just occupying a space and you are no longer a priority in his life.

When a man truly loves you, it is shown in how he cares about you, how he treats you, a man can go the extra mile to put a smile on the face of the woman he loves.

Finally, Another sign that shows he is no longer interested in you is when he begins to tell you Lies.

When a man begins to lie about anything and everything then you just have to know that you are no longer valued in his eyes and that’s why, he can say anything to you without considering how you will feel about it

Imagine when he tells you he’s going for a business trip while he is in a hotel with another woman.

Imagine when he says he’s going to have a hair cut while he took another lady out on a date.

This are some realistic signs that show he is no longer interested in you.

How to Know if Your Partner Loves You

Queen Esther Ezimuo - August 3, 2021 0
Are You Wondering If your partner really loves you or not, this article has it all covered. Everyone deserves to be loved and treated right,...

Flexibility is highly Needed for a Successful Relationship

Queen Esther Ezimuo - August 18, 2021 0
Are you in a relationship and expecting it to lead to marriage one day? You need to know this. Are you single and praying for a...