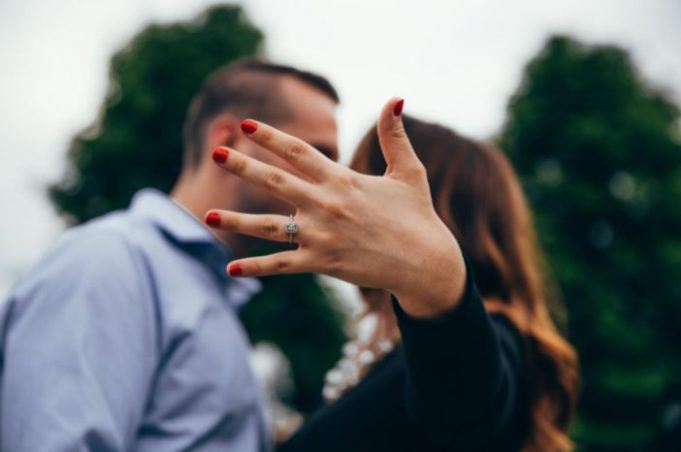 It’s really heartbreaking being in a relationship with someone and at the end of the day, we found out that the relationship never had a future.

Are you really Wondering Why He is not proposing Yet?

There are definitely so many reasons why he may never propose to you no matter how he claims to love you.

In this article, I’ve taken time to Outline possible reasons why Your Boyfriend May Never Propose to You.

A lot of ladies have been in this position, they wonder why he is not moved to proposing marriage to them or even making plans about it. This has kept most ladies thinking and asking several questions about the love and Commitment in their relationship. Some ladies ask themselves Questions like, “Am I Not good enough”?, “Does he really love me”?, “What if he has someone else in mind”?

The truth is this, he is probably not having any other lady in mind, he considers you perfect and good for him, he appreciates your worth and he wants you in his life but at that moment, the problem is, he is not just ready for marriage but he will never tell you because he wants you around.

Also Read: How to truly find out if your partner loves you as claimed through test of love in your relationship

Real men actually find it Very easy to spot a wife, they know a good woman or a woman they can take as a wife but it is never easy for them to figure out if they are your husband or you are his wife. It’s easier for such a guy to ask for a relationship from you and have no plans for your future together.

He is willing to make you feel like the most treasured human on earth, treat you with so much love and respect, keep you around but will never talk about marriage with you. Anytime you eventually ask him about his plans for marriage, he is likely to give so many excuses and sometimes, when you pressurize them about marriage, their attitude dramatically changes towards you.

It’s Never about your looks, it’s never about you not being good for marriage, it’s just that marriage is the last thing in their plans at the moment.

It doesn’t mean He is not thinking of marrying you, But there are some targets he wishes to accomplish just as you too. Historically, men feel more balanced and ready to get a wife once they are sure that they are financially stable.

Some guys will probably not propose to you because of your Character.

This may hurt but that’s the truth. Men go for women who they are sure that their children will benefit from. If in a relationship, you are known as a liar, disrespectful and arrogant, he will have to reconsider his plans towards marrying you.

He may not propose because of your expectations from him.

When you expect so much from a man, this will make him start considering whether to propose or not. It is a fear factor for Him.

Most times, you are advised to have a conversation with him and ask about his plans.

Sometimes, the reason a guy won’t propose to you is because he feels you understand and you are not bothered because you have not really asked him his plans for Marriage.

Note The Reasons why He will not propose.

Never force any man to marry you, let him make that decision and come for you.

Do You Know That Your Prayers Can Save Your Marriage?

Why Sexual Purity is important to God

Queen Esther Ezimuo - July 20, 2021 3
You may wonder, are there really good spiritual benefits or reasons for sexual purity? This article is entitled to help you gain more leverage as...

Importance of Love and Submission in Relationship/Marriage

No Man Does You A Favor Marrying You

Do You Know That Your Prayers Can Save Your Marriage?

No Man Does You A Favor Marrying You

Queen Esther Ezimuo - July 8, 2021 1
The issue of inferiority complex and low esteem in some women can never be over emphasized. This post is aimed at helping you as...